In Between Times – Scores a 92 with the Beer Connoisseur

In Between Times – Scores a 92 with the Beer Connoisseur

In Between Times – Raspberry 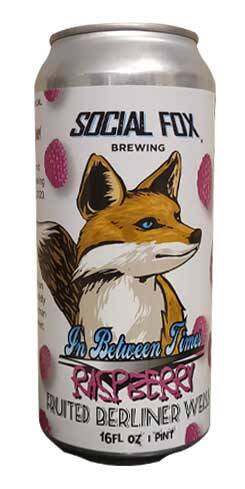 Log-in to Review This Beer
Buy on DRIZLY
JUDGES REVIEW

In Between Times – Raspberry by Social Fox Brewing is a Raspberry Fruited Berliner Weisse and was judged as a Fruit Beer (BJCP sub-style 29A). It poured mostly clear and reddish-brown into the glass beneath a full, fizzy and lasting pinkish-white head. Its aroma was dominated by raspberry fruitiness and lactic sourness and lacked distinctive malt and hop aromas, consistent with style. The flavor profile was identical to the aroma’s, not surprisingly. It presents a refreshing blend of sweet and sour notes, with a slight emphasis on the former.

The mouthfeel included impressive carbonation, no alcohol warmth or astringency or other off-flavors, all to-style. The lingering tartness is enjoyable rather than excessive due to the brewer’s deft touch.

Overall, this is a well-brewed example of a fruity Berliner weisse, refreshing with the raspberry adding another positive dimension to the base style. This beer should be popular year-round but especially in the warm spring and summer months.